Cut to:
Letters and a Scrapbook

Céline Ruivo works at the Cinémathèque Française and has found many images of, and a lot of information about, the French editors on the website. She has also unearthed other wonderful documents, including several letters that Suzanne Baron wrote to Louis Malle, and a scrapbook made by the actress and producer Danièle Delorme filled with pictures of the crew members from films in which she appeared.
I am grateful to Céline for these discoveries and for permission from the Malle and Delorme families to present them here, and also thankful to her and Charles Wolfe for doing the translations.

THE LETTERS OF SUZANNE BARON

Letter no. 1: About Viva Maria (1965), edited by Suzanne Baron and Kenout Peltier

My dearest Louis,
I was waiting for this film print with impatience and a pounding heart. What a relief at the end of the projection. The guys from the lab were very helpful. They really like the film and will do their best for the next prints. It was so nice, I really like their reaction.
This baby wasn’t made without pain but as usual after giving birth you forget about your suffering such as the joy of the child who is into your arms. When I left the lab, I wasn’t walking—I was flying. I was thinking about New Orleans, Bedford New York. All the stages of this film. I was trying to remember my very first film, all the emotions that I have discovered while it was a little pilgrimage inside myself, I was wondering how after so many movies I could still be checking or be apprehensive.
All the tiredness that I was feeling the day before flew away… and if I had to take that same path again I would do it as the poet says. What a beautiful experience! I want to tell you thank you, Louis, very simply. I kiss you and I wish you all a very beautiful Christmas.
Suzanne

Letter no. 2: About Black Moon (1975), directed by Louis Malle, edited by Suzanne Baron

Louis, this is a little bit silly to want to write to you, like that, in the middle of the editing of the movie. How can I tell you face to face what Black Moon represents for me… like every time we are ending a film together in some ways. Now it is different. This is the movie of a tender child, cruel and lucid. From life to death, the mystery of death or the nightmare of being born, pleasure, violence, worry, fear, growing from nothing, daily incident, commonplace gesture. Sensuality of the beings and things, restrained with a certain irony, your favorite form of discretion, meanwhile it is sparkling without showing off too much. This is the most beautiful film on which I have collaborated. Courageous film as it is, I wish it will have a very happy distribution, and a moment of well-deserved relaxation for you.

I kiss you, Suzanne.

Danièle Delorme (1926-2015) has seventy-one credits as an actress in films spanning the years 1942-1996. She is best remembered for her starring role in the 1948 original French production of Gigi (edited by Nathalie Petit-Roux) and in the 1950 version of Minne (edited by Marguerite Beaugé), both of which were directed by Jacqueline Audry and based on novels by Colette. Delorme also played the flower seller in the silent film within Agnès Varda’s Cleo de 5 à 7. In addition to acting, Delorme was a producer, with twenty-six credits for films made between 1962-2013.

Note about the scrapbooks: In the handwritten inscriptions from the editors, a few words are indecipherable, so we’ve done the best we could.
Her first name is misspelled in their inscriptions. It should be Danièle, but I’ve preserved their spelling in the texts which appear below each image in French and English.

Hélène Basté (dates unknown) began as an assistant in 1950, working with editor Jacqueline Sadoul on Jean Cocteau’s Orpheus. Her editing work spanned the years 1950-1969.  Basté has fourteen editing credits for her work with various directors including Georges Régnier, Robert Vernay, and Henri Diamant-Berger, for whom she edited four films. She was an assistant editor to Marthe Poncin on Jean Duvivier’s film Marie-Octobre, but Delorme didn’t appear in that film, so it isn’t clear which film brought Basté in contact with Delorme.

Marthe Poncin (dates unknown) began her thirty-one-year editing career in 1928 with Le tourbillon de Paris, directed by Julien Duvivier. (Her credit on a few early films is Marthe Bassi, but most of the fifty-one films she edited are under the name Poncin.) She collaborated with Duvivier on twenty-four films, including Le temps des assassins (1956), which brought her into contact with Delorme. Among other directors she worked with, Poncin edited Drôle de drame (1937) by Marcel Carné.

[The title of the English release is Deadlier Than the Male, but I have used a literal translation of the French because she makes a play on the word “time.”]

Page no. 2: FANCHETTE MAZIN and someone unidentifiable

Fanchette Mazin worked as an editor from 1937-1961 and has thirty-two credits. From 1947-1955 she edited fifteen films for Jean Boyer, including Femmes de Paris/Women of Paris (1953). This was the first of the two films that brought Fanchette in contact with Delorme. The second film was Prisons de femmes/Women’s Prison (1958), directed by Maurice Cloche, for whom she edited seven films between 1957-1961. Mazin also has one acting credit, for her appearance in Serge de Poligny’s version of Claudine à l’école (1937), one of the four adaptations of Colette’s novel.

…memoir de ce film, après tant d’autres, Danielle, qui j’admire beaucoup pour sa sensibilité et son talent
(…memory of this film, after so many others, Danielle, who I admire for her taste and her talent)
S. du Bron (?)

S. du Bron (or A. du Bron) has not been found. There’s a Suzanne Bon who was a script supervisor on one film in which Delorme appeared (Desperate Decision). That was the closest match I could find and I doubt it’s the same person. 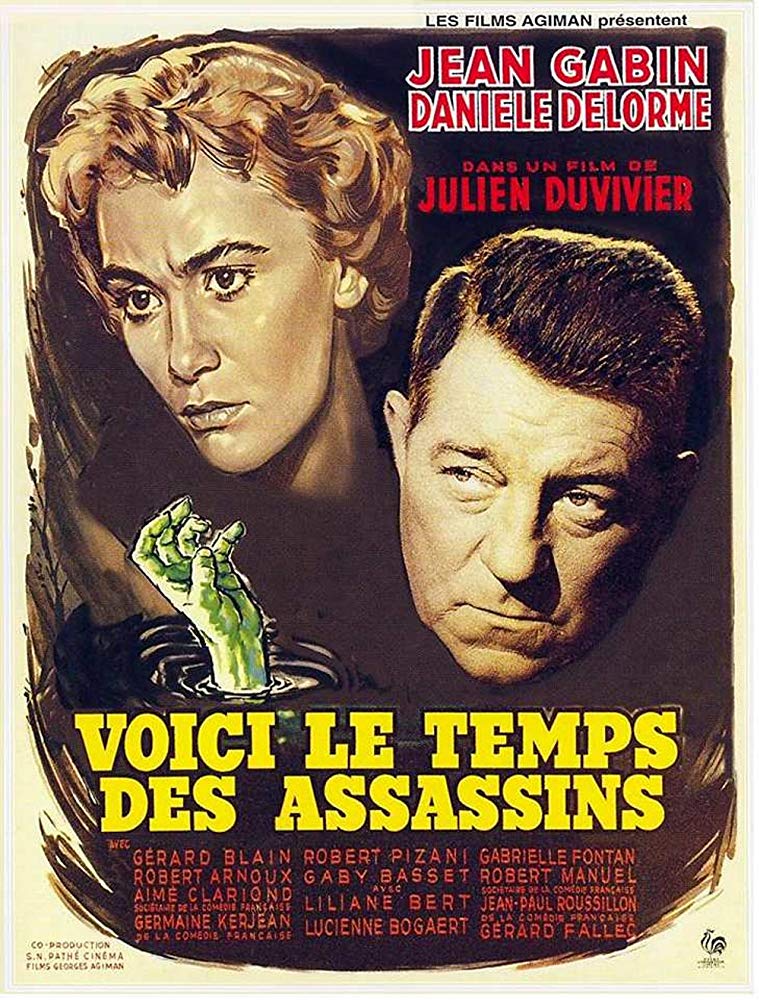 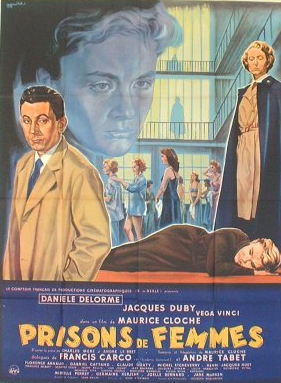