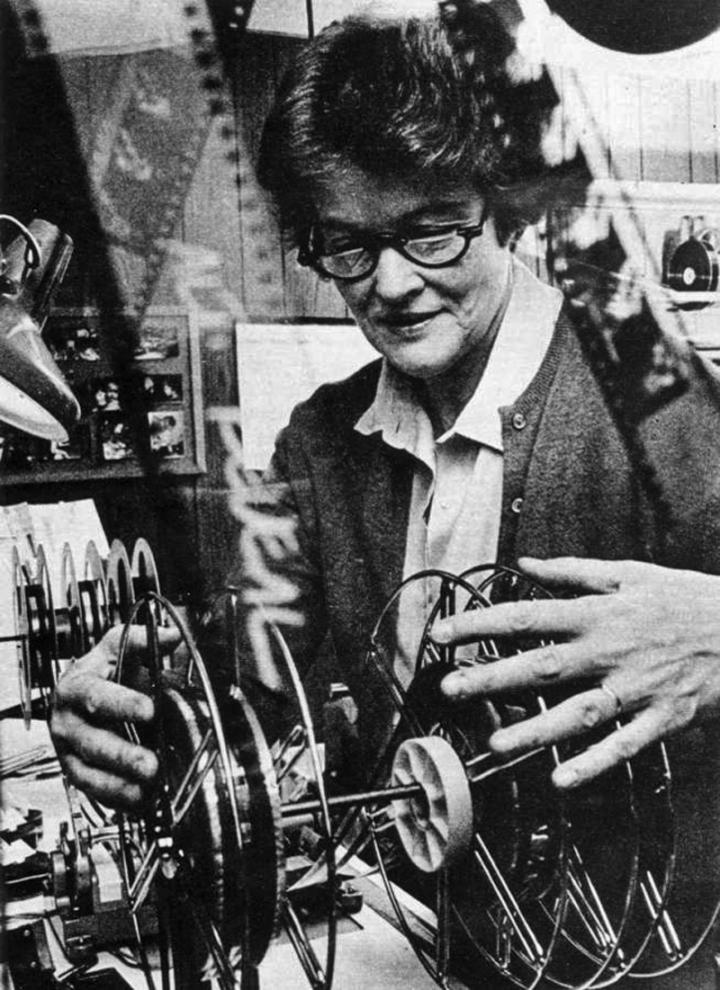 “When I start cutting a movie, I always cut with ambivalence. I have a definite intention, a definite starting point: the dramatic function of the scene; the psychology of the characters, etc. But when I become absorbed in the material, I suddenly see all the possibilities the material contains. The unexpected. Intended and unintended possibilities. I can’t help wandering into the material. I milk the material for all the small possibilities I see in it. A look, a smile—after the director has said “cut!”, an unintentional juxtaposition of two images. Afterwards I form a general view again. But it is in the ambivalence, in the collision between the general strategy and the pleasant distractions along the way that constitutes editing as art; the true life of the film.”
—Dede Allen 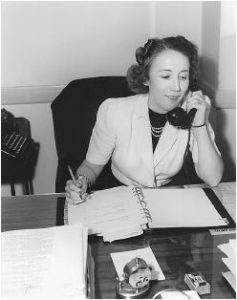 “If you remember that a film is composed of thousands of tiny photographs arranged in a certain order to tell a story, you will realize that to assemble them in the most effective sequence is an exacting and delicate task. I think it has also a claim to be called an artistic one…

I believe that, like writing, good cutting cannot be analyzed. It is intangible, like all branches of showmanship or artistry. Instinctively you know whether or not a scene is coming out right. If it is not, there is no way to patch up. There is nothing to do then but start again from the beginning…

The good cutter takes a pride in his work far beyond the glory of having his name among the titles of the finished film. It is not a business for the man or woman who seeks wide public recognition of work done. Cutting at its best produces a film flowing so smoothly that the audience thinks only of the entertainment and gives no thought to the mechanics that went to create it. A perfect film ought to give the illusion that it was all done exactly as seen on the screen, and that there never was any such person as a cutter.”
—Three extracts from “The Cutter” by Margaret Booth in “Behind the Screen: How Films Are Made” ed. by Stephen Watts, 1938. The full interview can be found in the Appendix.

The following text appeared in the March-April 1977 issue of the film journal Film Comment. It was reprinted on the Motion Picture Editors Guild website in May 2007 to help them celebrate their 70th anniversary. (The issue also included a list of the top 75 editors of 1977, including Claudine Bouché.)
The questions below were posed to both female and male editors, but I’ve singled out the responses from the women. The male editors were James Clark, Antony Gibbs, Reginald Mills, Henri Colpi, William Reynolds, Ralph Rosenblum, Tom Priestly, John Victor-Smith, Ernest Walter, and Bernard Gribble.

Claudine Bouché: Film editing is putting rushes harmoniously together in order to tell a story. Good film editing is giving to the rushes a special atmosphere, being true to the script, trying to hide shooting weaknesses or script weaknesses, if any. Great film editing must not show on the screen but is a heartbeat.

Verna Fields: The answer to all three: whatever makes the picture work. Sound cutters make the best editors [sound more than music editors] because they have a feeling for rhythm and pace necessary to make something work. They can make things work by manipulating within the picture without changing the picture.

Margaret Booth: Rhythm counts so much; the pauses count so much. Everything must be rhythmic. It’s the same as when people speak or dance; you can tell right away when it’s wrong. Everything has to be rhythmic.

Is there such a thing as an editing “style,” making it possible to identify the work of a particular editor?

Agnès Guillemot: It is possible to recognize the “footprint” of an editor as it is that of an orchestra conductor of a musical work. But the editor must embrace the personal rhythm of each director and not impose her own.

Do you yourself have a discernible style as an editor? What are its characteristics?

Angès Guillemot: My ambitions as to style are: rigorousness, precision, humility, simplicity.

Verna Fields: I don’t cut comedy any differently than drama. You have to reach for emotion and that is done the same way, regardless of the emotion.

What has been the most important influence on the development of your craft as an editor?

Claudine Bouché: 1) Working with François Truffaut, who writes the script as well as directs the picture. In such a case, the “montage” after shooting is not only cutting but sometimes rewriting the story, changing the continuity of the sequences, giving importance to a character, etc. 2) I had a chance to see Hitchcock’s pictures, again and again, on a Moviola.

Renée Claude Lichtig: I had the opportunity to view (and thus to study) thousands of films at the Cinémathèque Française under the direction of Henri Langlois.

Verna Fields: The most important influences on me have come from people and their work—writers, directors, art directors, costume designers. Director Irving Lerner had a great influence on me. I worked under him on El Cid. He recommended me to Bogdanovich for Targets.

What do you consider to have been the most important changes that have occurred in film editing since 1960?

Claudine Bouché: 1) More freedom in cutting the picture itself. 2) The place and prominence of the music. Old films had music from beginning to end, which made the music look more like a sound effect. Less music nowadays, more efficient. Less sound effects, too, but important ones. No more process shots.

Agnès Guillemot: The great change brought about by the New Wave in France (though Gréemillon and Vigo had already prepared it) is the construction of films more according to a rhythm than according to realism of the anecdotal narrative.

Verna Fields: The butt splicer. Irving Lerner has said, “The butt splicer freed the editor.” Its use allows you to try something, and if it doesn’t work, to go back and make even the most minute change. Or just to try different possibilities for cuts.